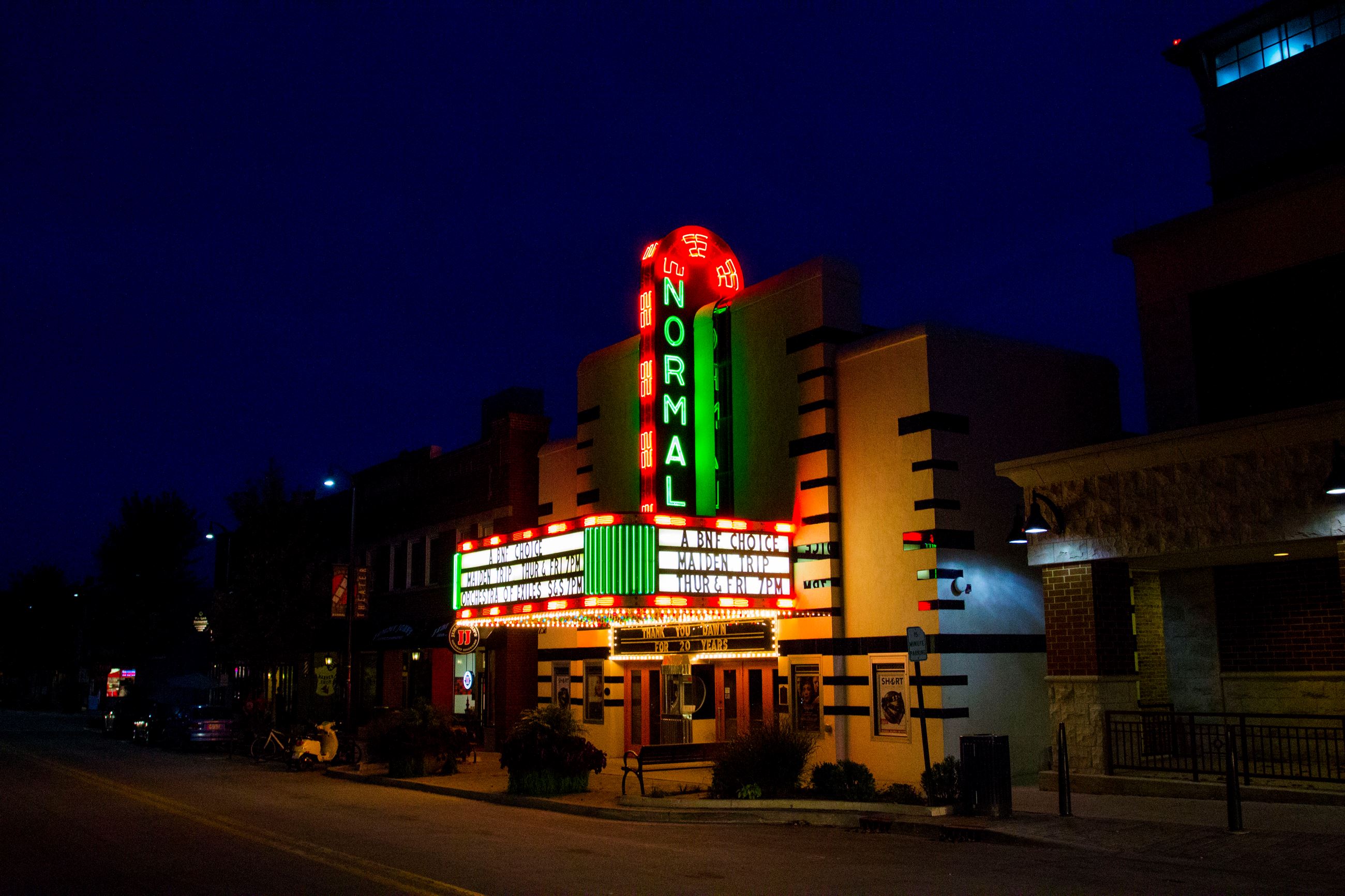 The Normal Theater opened on November 18, 1937. It was the first theater built in Bloomington-Normal specifically for sound films. The Normalite described with some awe and local pride its air conditioning system, for example, which could "send out a stream of warm or cool air . . ." More significant for motion picture entertainment, however, was the sound system. Billed as a "revolutionary" high fidelity system, it was installed by RCA sound technicians "from the great laboratories at Camden, New Jersey."

The theater’s sleek Art-Deco / Art-Moderne architectural design was said to be very avant garde for a small Illinois town, suggesting some sophistication on the part of the builder, the architect and even the patrons. It is this design that still attracts patrons and passersby today. The architect, Arthur F. Moratz, of Bloomington, younger brother of Paul O. Moratz, also designed Trinity Church, Bloomington and several homes on Franklin Park, Bloomington.

The Normal Theater closed in 1990, after being divided into a two-screen theater a few years earlier. The Town of Normal purchased the theater, restored it and now offers movie-goers the opportunity to experience classic motion pictures the way they were originally intended.