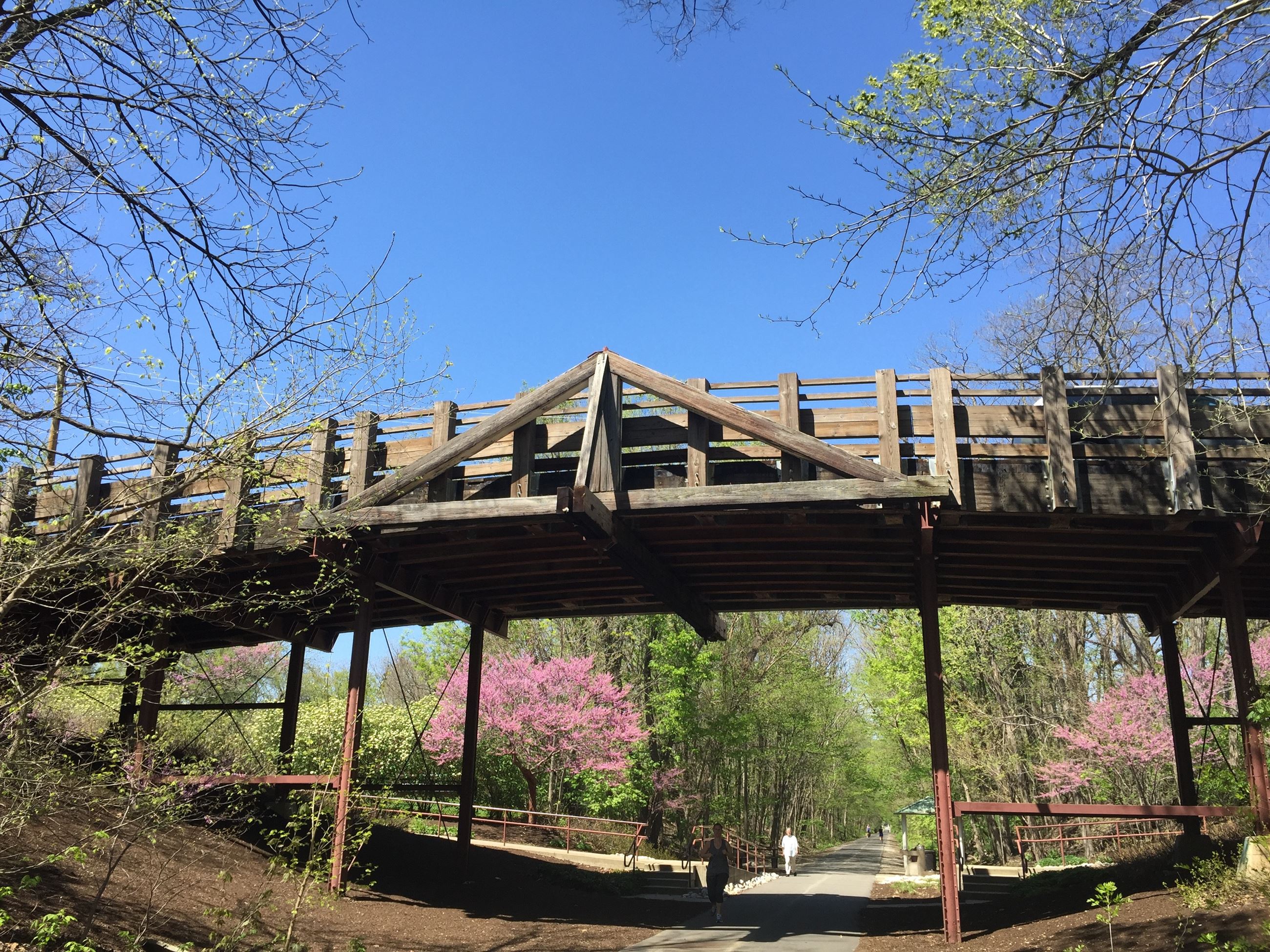 The bridge over the former Illinois Central Railroad line (now Constitution Trail) is, because of its humped configuration, locally called the Camelback. The bridge carried the east-west street Virgina Avenue (originally Sill Street) between Broadway and Linden Street. A bridge appears at this site on the plat of Normal printed in 1895, McLean County Atlas.

The bridge has a single, wooden span of 31 feet, with access ramps on either side that are supported by unusual riveted iron columns. The 12 iron columns that support the east and west approaches are Phoenix columns. This patented design, invented by Samuel Reeve of the Phoenix Iron Company of Phoenixville, Pennsylvania in 1862, created a rigid, load bearing column using flanged arcs of cast or wrought iron riveted together at the joints. The Phoenix Iron Company changed its name to the Phoenix Bridge Company in 1874, and it is entirely possible that the columns under the Camelback date from the early 1870s. The Phoenix Iron Company that made the columns for Normal’s bridge of the ICRR, also made cannons for the Union Army during the Civil War. Therefore, the same company that manufactured guns for Abraham Lincoln’s war also made the materials for the bridge over “his” railroad, the Illinois Central.
The trusses were temporarily removed in 2020 after the northern truss collapsed due to rotting in a section of wood. A structural engineer confirmed that the bridge was safe for continued use.  The Town is investigating how to restore and safely re-install the trusses while maintaining the historic integrity of the structure.
Utility Payments
Easily Pay Your Bills Online
Cultural Arts
Arts for All!
Parks & Recreation
Resource & Rental Information
Economic Development
Stay Informed & See Opportunities
Contact the Mayor and Council
Questions & Feedback
Open Data Portal
Connecting You to Community Data
/QuickLinks.aspx
Government Websites by CivicPlus®
[]