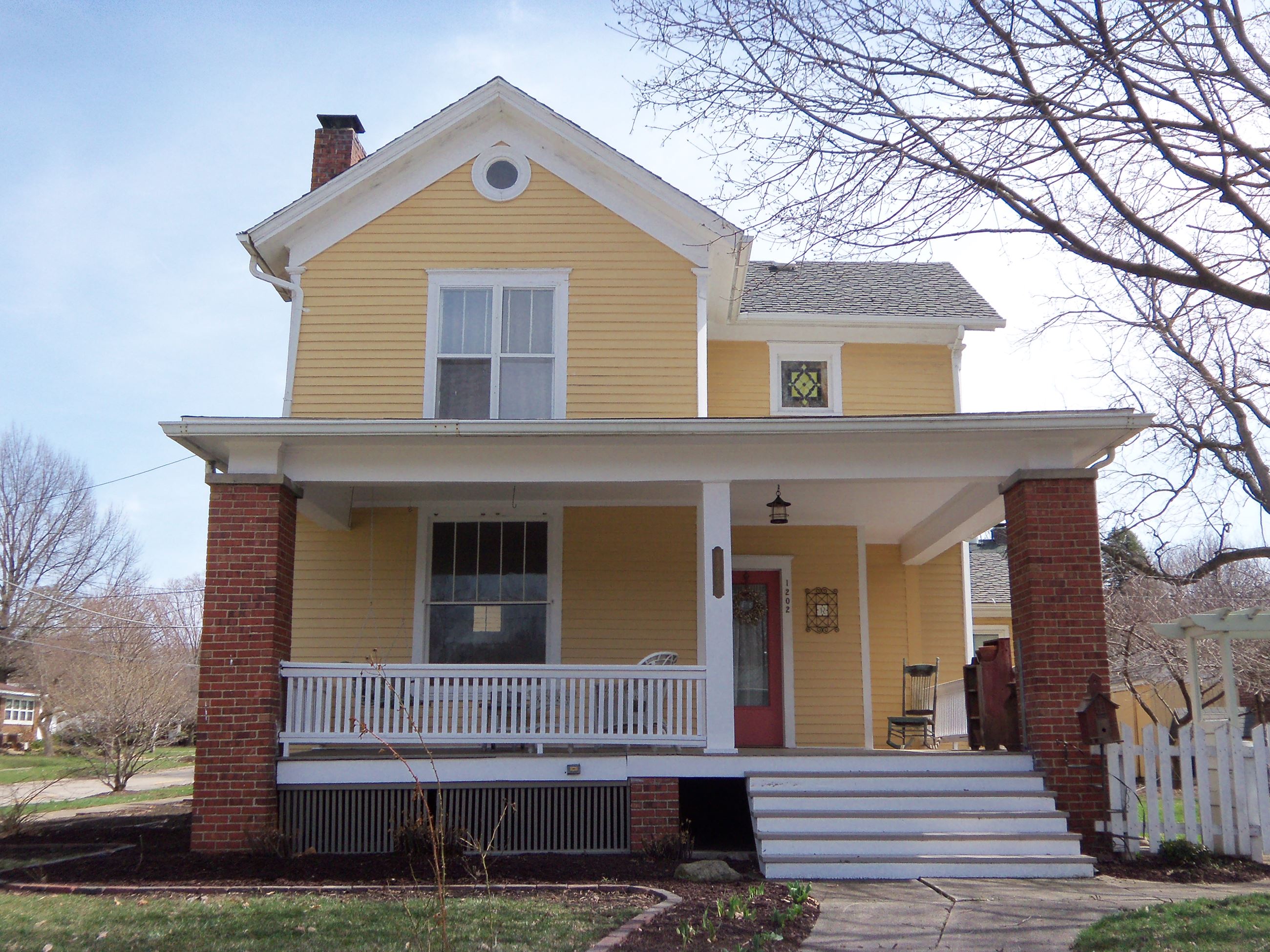 In the 1870s, the land along Broadway and Fell between Irving and Virginia - together with adjacent areas on Virginia Avenue, Florence, Hester and Payne’s Place - belonged to two of the Fell brothers, Jesse and Kersey. Jesse’s 15-acre estate, "Greenwood," occupied the northern-most portion, and Kersey owned the entire section between what are now Vernon and Virginia avenues. When this area was developed in the 1880s it became known as the Kersey H. Fell Addition; Kersey may have in fact been the developer. According to the 1890, City Directory, Kersey H. Fell, retired lawyer, was living on the southeast corner of Fell and Virginia at that time. The house that stands on this corner (1202 South Fell) would seem to date from about 1870, and was evidently Kersey Fell’s house in 1890.