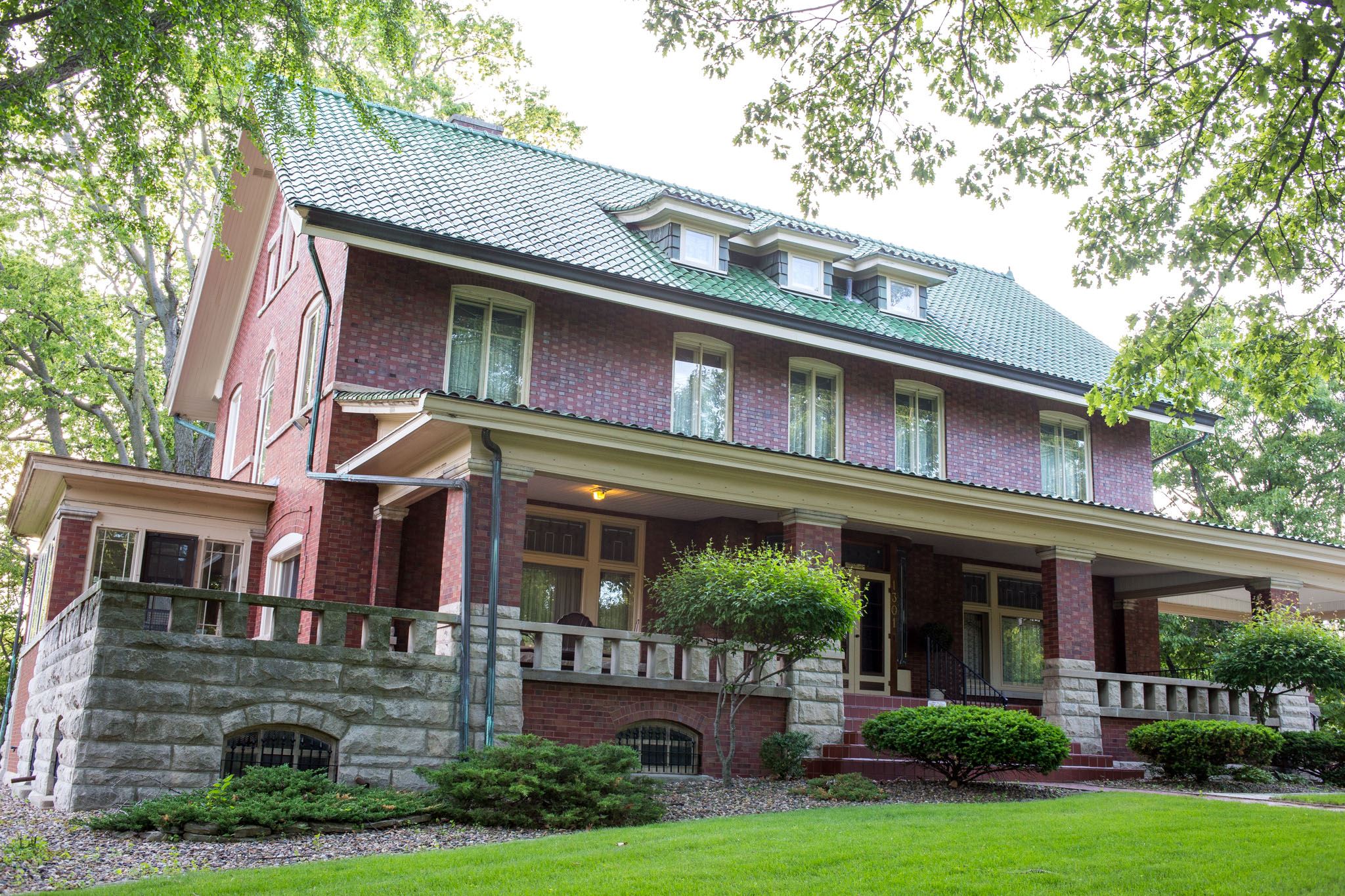 Van Leer’s Broadview Mansion, 1301 S. Fell, was built in 1906 for Bird and Margaret Van Leer. A mixture of Colonial, Italianate, and Craftsman elements, the mansion was designed by local architect Paul O. Moratz. The porte cochere on the northwest side was perhaps the last such feature of the horse-and-carriage era constructed in Normal. When the residence was built in 1906 it was situated on about five acres of land, called Broadview, and constituted a semi-rural estate in south Normal.

The Van Leer Memorial Chime Tower is south of the house. Designed by Schaeffer and Hooton of Bloomington, the tower accurately replicates the northern Italian Romanesque architectural style. The tower is 110 feet tall, 23 feet square at the base and 21 feet square at the top. The exterior of the tower includes tapestry brick trimmed with Cold Springs granite. The bells were removed in 1979.

The property was used as a single-family residence until the death of Mrs. Van Leer. She had established a nonprofit organization as heir to the mansion and its grounds in 1944, and in 1948 she became the first executive director of the Immanuel Bible Foundation (IBF). She died in 1949, at which point the property became a primarily institutional use with a residence on the second floor for the IBF executive director until the early 2000s.

In November 2014 the Town Council adopted a resolution to approve a maintenance and right-of-first refusal agreement between the Town of Normal and Immanuel Bible Foundation (Res. No. 5061). The goal of the agreement was to preserve the historic property, including the structures and the open space.

The Town designated the property as a local landmark on August 17, 2015.